Welcome to my site. When I look back, I understand how much I’ve been through on my way to be the person I am today.
You are welcome to read my story.

I started my entrepreneurial journey when I was 10 years old, performing my first professional magic show at a local kindergarten for 50 Israeli Shekels (±15$).

I started performing magic for adult audiences at the age of 17 and at age 20 I was on an Israeli TV show when I was introduced as “The guy with the fastest hands in Israel” (see the 1-minute video below). I kept performing professionally until the age of 27, but I still perform for fun today when I’m in the right mood and the opportunity hits.

At the age of 18, I joined the military, which is mandatory in Israel, and served for 3.5 years in intelligence. In 2006, a year into my service, The 2nd Lebanon war started. At the end of it, I received the highest commendation for my commitment and complex tasks as I handled during that time.

Once graduating from the military, I lived in the US for a year and sold magic kits in kiosks. This is where I really honed my skills when it comes to learning how to sell – By standing on my feet for 11 hours a day, 6 days a week, and stopping random strangers in the mall to sell them magic kits.

After returning to Israel, I went to college and studied economics and business. In my 2nd year of college, I did warm-ups for many Israeli comedians, with jokes and magic tricks in front of hundreds of college students every week. In my final year of college, I was the head of the student body and managed over 30 people.

Right after college, I started working for ‘Maof’ – An Israeli agency funded by the government helping small businesses grow. At the same time, I started the Amazing Selling Machine course and launched my first product in March 2015.  I started with no experience but kept growing personally by reading business-related books and meeting with entrepreneurs from different industries. 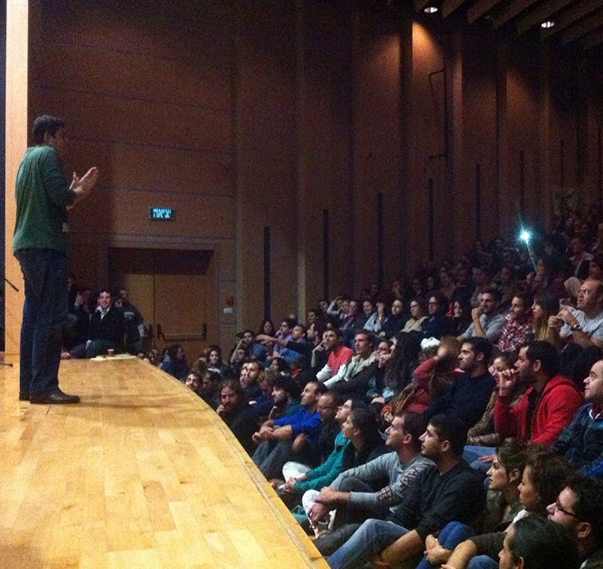 In the summer of 2017,  I left ‘Maof’ and went all-in with his Amazon business. During that year I started ‘Top Dog Summit’ with a few friends – An event aimed towards bigger Amazon sellers. So far, that event was held once a year in Israel for 3 years in a row.

In the year 2018, I started consulting Amazon sellers in small groups – The coaching is called ‘Breakthrough Mastermind Coaching’ and it was established by me together with ‘The Culture of Achievement’ – A community of entrepreneurs that focus on Amazon and meets once a year in Romania. Since it started I coached over 100 sellers in the program, spent a lot of time on the design and tools,  and built a team of 3 people as part of the coaching activities.

Between events, coaching calls, and my own Amazon business, I spend most of his afternoons and evenings with my wife and two kids.

I believe “You can replicate mastery” – Since I reached the highest level of sleight of hand at an early age, I took those skills and applied them to other businesses and mine as well. In a short period of time, I became one of the most sought-after speakers in Amazon seller events all around the world.

My mindset podcast in ‘seller roundtable’

Not finding what you are looking for?